Airmail allows you to use Markdown formation in the composer window. Airmail also designed to work on . Markdown formation which makes the writers and developers to send emails on custom body to make it look more stylish where the receiver will be able to view the style of Markdown in rich-text. Airmail supports full formations that works on Markdown there are no limitations just works like on other editors for Markdown also you will able to use HTML formation alongside Markdown without any doubt just works as advertised on Markdown. The Airmail’s editor will not able to edit the existing text under Markdown panel however you can able to edit them in Rich-Text, We have changed this behaviour due to signature issues which was prevented users from entering the new signatures. Simply click on “Markdown” from the toolbar. 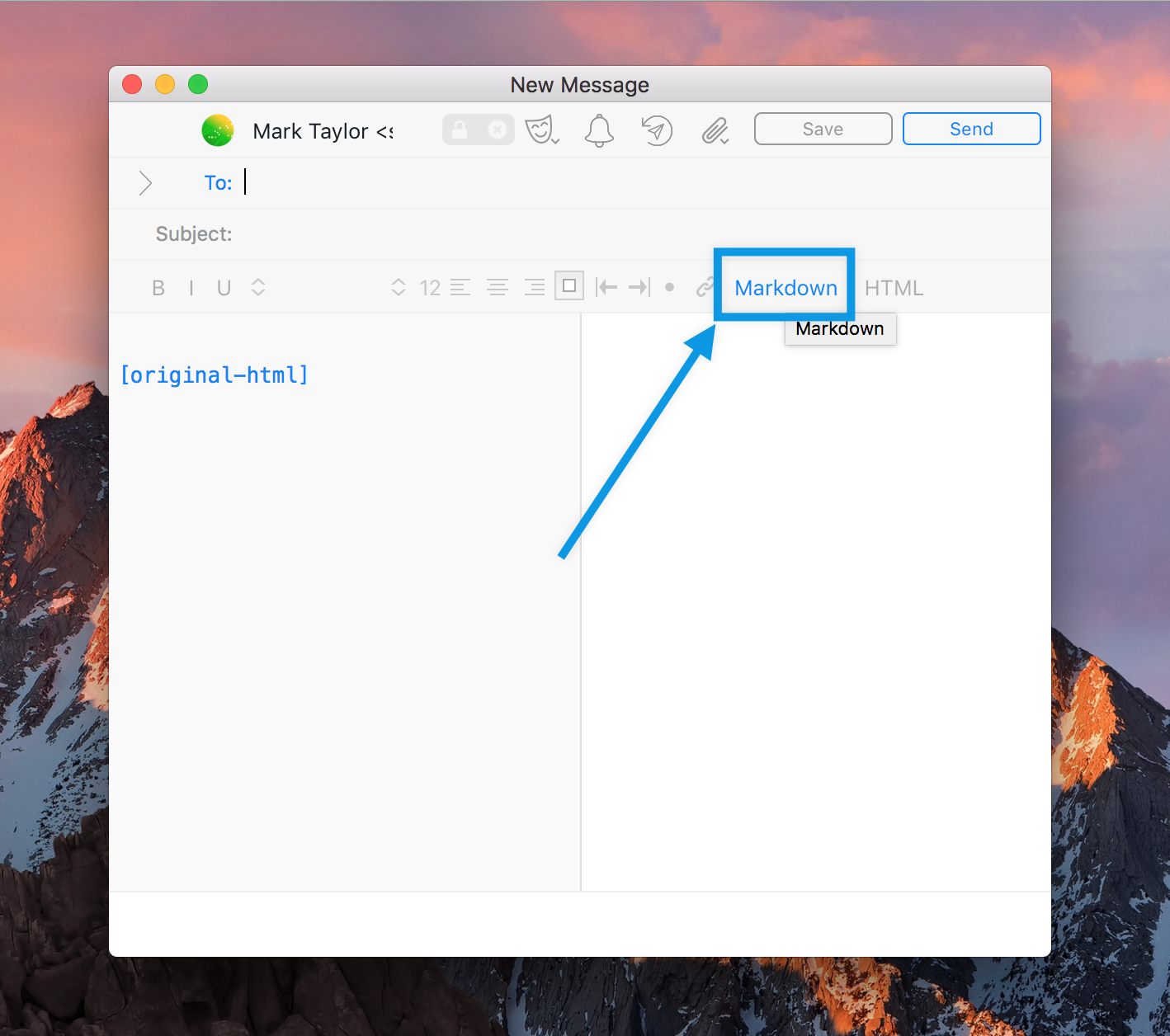 Once you clicked on “Markdown” you can see split window, On the left side its markdown editor and on the right side is the previewer of Markdown as shown in the picture above. You can do much as possible with Markdown and check out the basics and cheatsheet of the formation that supports Markdown. Please also see - How to set the default composer in Airmail?

Was this article helpful?